Why Do Our Computers Break? 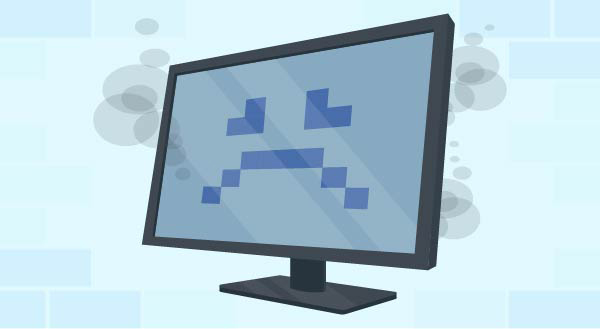 Why must our Computers Break?

We all know computers like to break at the most inopportune times, but what causes them to stop working in the first place? While an online gaming frenzy may cause temporarily computer crashes, normal user actions are rarely the blame for a malfunctioning computer.

Accidents will happen, but they don’t always demand the purchase of a new computer. Liquid spills are a significant issue while using an electrical equipment. Anything from a spill on the keyboard to an overuse of screen cleaner to a flood that reaches the computer. As a laptop user, we have to be especially cautious when picking a work surface. There’s always little puddles left behind in cafés and on our kitchen tables. Even if the liquid didn’t destroy the circuits, corrosion and stickiness to jam up the internal parts are still a possibility. Our computer that have been dropped and knocked around, will not be happy. A simple thump of impatience can result in loose cables, disconnections, and interior damage.

The moving parts of computers, such as fans and mechanical hard drives, are intended to last a certain amount of time. Some computers run continuously for up to a decade. While others can be used sparingly and still break within warranty. When it comes to age, there are usually early warning signs. You’ll notice increased noises or slowing down, but the real ‘break’ usually occurs when you want to turn on the computer after a crash or leaving it overnight. Either it makes a brave effort before giving up, or it doesn’t turn on at all. Quality does play a huge impact in how long it can keep churning, and sometimes enduring age is luck of the draw.

We like to think of power as a constant stream that never changes, but computers are especially vulnerable to both surges (too much power) and brownouts (not enough power). During a brownout, you might notice the lights dimming or flickering, or blazing a little too brightly during a surge. These fluctuations don’t last long. You usually can’t control them unless it’s only your house (in which case, check with your neighbors), but this can easily ruin your computer. Although a surge protector can protect against minor power fluctuations, brownouts and large surges can still cause damage.

Overheating is one of the leading causes of computer failure. Some computer components get hot and require a lot of cooling to keep them running. Internal components can quickly build up heat. That heat needs to be dissipated, even if you can’t see it from the outside. The usual suspects are dust or pet hair that clog airflow vents. The temperature rises to the point where the components bake themselves to oblivion. The computer will cool down and turn off when it reaches a certain temperature. It’s important to keep in mind, the more often this happens, the more likely your computer may die.

Your data is saved on a hard drive, which functions like a record player to read it. It’s most common if you have a mechanical hard drive, which most people do. Small bumps, liquid, aging, surges, and overheating, can cause our hard drives to fail. Hard drive failure not only renders your computer inoperable, but it can also result in the loss of your data. It sucks when you experience a sudden failure. To prevent it from catching you off guard, keep an eye out for unusual noises or frequent failures and back up your data ahead of time.

Having your computer break down on you can be very stressful. We rely on our technology to work, and when it doesn’t it can be a huge inconvenience. The good news is, there are people that can help!

If you are experiencing any computer related issues, feel free to get in touch with us here at Stan’s Tech Garage. Give us a call at 323-761-2634 or schedule a consultation with us by clicking the icon at the bottom left-hand corner of your screen.