Stock is for suckers, make mine Custom! 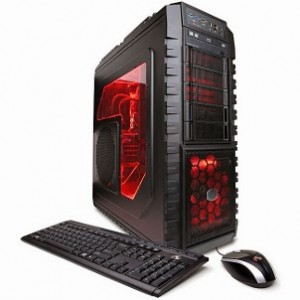 With D-Day quickly approaching for Windows XP, it seems we have come to the end of an era. Since 2002, XP has dominated the PC market, and even today, it accounts for 29% of current operating systems in use.  And with that, we here at STG would hate to see our friends be stuck with vulnerable computer. Here’s what you need to know:

What does that really mean?  Well, this could be dangerous for your data on day one.  Hackers could be sitting on a new exploit just waiting to strike when they know there’s no update coming.  You’ll be vulnerable, and unless some third party starts patching Windows XP for the remaining holdouts, you’re going to stay vulnerable.

What options does that leave you?  Well, you’re basically left with two: upgrade to a supported operating system or buy a computer with one.

Chances are your computer doesn’t warrant an upgrade, but on the off chance that it can handle a modern OS, you can purchase a copy of Windows 7 or 8 in the $120 ballpark.  If you’ve neither the desire nor inclination to install a new Operating system, you can of obviously hire someone to do it for you or buy a computer with the latest OS (typically Windows 8) already installed.

If you are thinking upgrade, you’ll want to make sure your PC meets the minimum requirements:

Look, your precious XP system won’t just magically cease to function one tragic day in April.  But you already know that old PC is starting to lag.  It can’t properly support the faster, modern hardware of today and virtually no new software is being written to support XP either.  Even with the chance of a massive strike against remaining XP systems by hackers being more or less the same as April 7th, it’s time to let go, and you know it.

Just like with waiting to pay your bills at the very last moment or forgetting about a traffic citation, the consequences can become a huge headache. This isn’t the end of the world, but just like ignoring that warrant to appear, you’re much better handling it before it becomes a problem.

To go over what we just covered, here’s a short list of things you can do or mull over before you decide: